Big Creek Campground is going to be full through the holiday weekend.  They started arriving yesterday.  We were super busy helping campers today.

Two women arrived in a panic when they discovered that the campground is by reservation only now.  I brought them back to the RV and let them use the computer to reserve the last available spot for two nights and then move to Cosby for the next two nights.  When they got on the reservation site, though, someone had canceled their reservation for Site 2.  The women were thrilled to get a site and not have to move their camp.

There was a tent on Site 7, but no reservation on the website.  I left them a courtesy notice to come to the host site to register.  Later in the day, they came and showed me their reservation confirmation. They had registered on Monday.  I can't believe I missed that reservation for two days.  I double-checked it when we got back to the RV after our morning walk.  It's another digital mystery.

A man came to the host site to say he had reserved Site 8, but there was already a tent on it. The other camper was not there. I was pretty sure that we should not move the other tent (based on previous experience here).  It was Boss Larry's day off.  I called the Elkmont campground and got the Visitor Use Assistant there (Larry's title).  She said we would have to get a Law Enforcement Ranger to move the tent.  The registered camper decided he would just wait a while for the tent's owner to return.  When we walked up to the campground later. The registered camper said the tent's owner returned, took his tent down, and left. He was probably surprised by the change in our system.

Two of the men camped in Site 12 stopped in to visit us on their way back from buying ice.  They took the grand tour of Scamp.

Spence had told us in the morning that the men's room door had come off the hinges. We heard on the radio that two repairment were on their way back from a Cataloochee repair and they would stop in Big Creek in a few minutes.  What service! After they fixed the door, they stopped by to let us know the job was done.  Then they took a quick tour of Scamp too.  Everyone is curious about how they crammed everything into a van this size.

Another couple came to us to make a back-country campsite reservation.  I let them use my computer to complete that transaction and they were on their way. 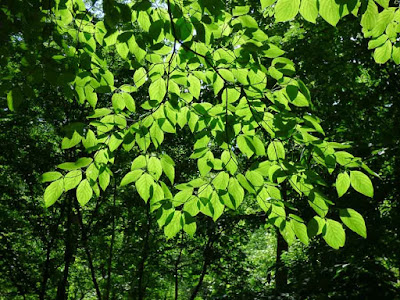 Yesterday was Andy's monthly birthday but he didn't get a cake.  I baked it today.  This time it was a box cake mix and a can of frosting.  This RV is too little to bake from scratch. Andy was happy that it was chocolate cake with chocolate frosting.

There was some rescue operation going on from the Cosby campground. We missed the beginning, but we figured it was a lost woman on a Mt. Cammerer trail.  Her husband was the reporting party.  We didn't hear if she was hurt or not.  Rangers formed a rescue team and brought Rescue One to the trailhead. They spent a good bit of time looking for her and finally found her an hour or so later.


I always look forward to the group in Site 12.  They come the week before Memorial Day every year. The tradition began as buddies and friends of buddies years ago and now includes three generations of "guys" camping.  Four of them were having a rousing game of Corn Hole when we walked around this afternoon.  We had to stop and kibitz with them for a while. 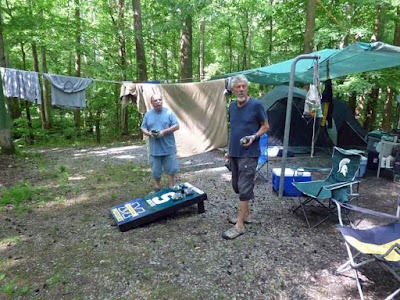 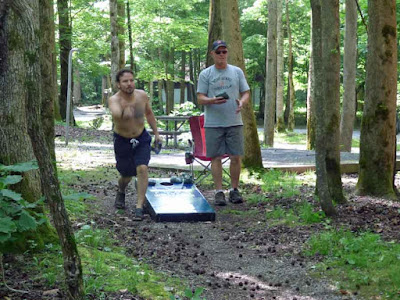 I don't know which team was winning.

Posted by Dinata Misovec at 7:09 PM 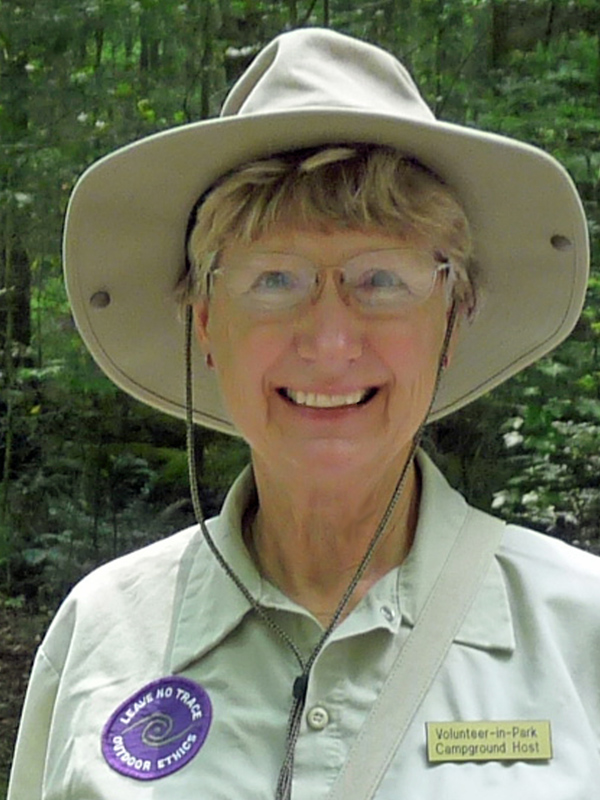